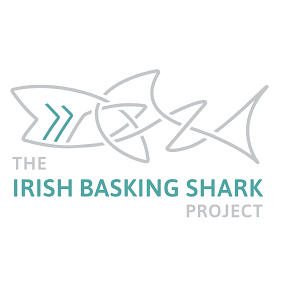 The Irish Basking Shark Project (IBSP) is an amalgamation of research studies based on the island of Ireland. Their team is international, comprised of researchers, citizen scientists, educators and conservationists in Ireland, the UK, and the United States. The aim of IBSP is to educate the public on the unique marine life that occupies Irish waters, in particular their research and education efforts focus on the basking shark (Cetorhinus maximus).

IBSP work collaboratively with the National Biodiversity Data Centre and the Irish Whale and Dolphin Group to ensure that basking shark sightings are recorded and stored in a single national database. Reported sightings are freely accessible for use by research groups and used to inform marine-based environmental impact assessments.

You can submit your basking shark sightings via the sightings form on the IBSP web site. 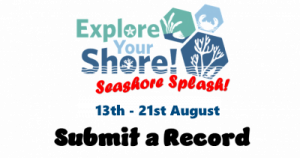 Day 1 and Cork has leapt to the top of the record board. 43 records and 39 species recorded so far. How many species can you find on your local shore? https://exploreyourshore.ie/seashore-splash-heritage-week-2022/ #ExploreYourShoreIRL

Join Explore Your Shore!, Ulster Wildlife and CEDaR for a Cross-border Marine Bioblitz at Carlingford Lough next Sunday 21st August at Templetown Beach, Co. Louth or Kilbroney, Co. Down from 11am. For details see: https://exploreyourshore.ie/event/cross-border-marine-bioblitz/ #ExploreYourShoreIRL